Another great day of updates for different smartphones of the robot: today it is the turn of Samsung Galaxy Z Fold3 5G, Galaxy Z Flip3 5G, Galaxy A72, Galaxy Note 10 Lite, which they receive Android 12, but also of Samsung Galaxy Note 10 and Note 10+, Google Pixel 3, OnePlus Nord 2 5G And Motorola Moto Edge X30. Let’s find out all the details and news of the updates being distributed.

Let’s start off strong with Samsung Galaxy Z Fold3 5G And Galaxy Z Flip3 5G, who receive in these hours theupdate to Android 12 in Italy. The rollout (re) started last month from South Korea, but finally it is time to welcome it in our country as well. 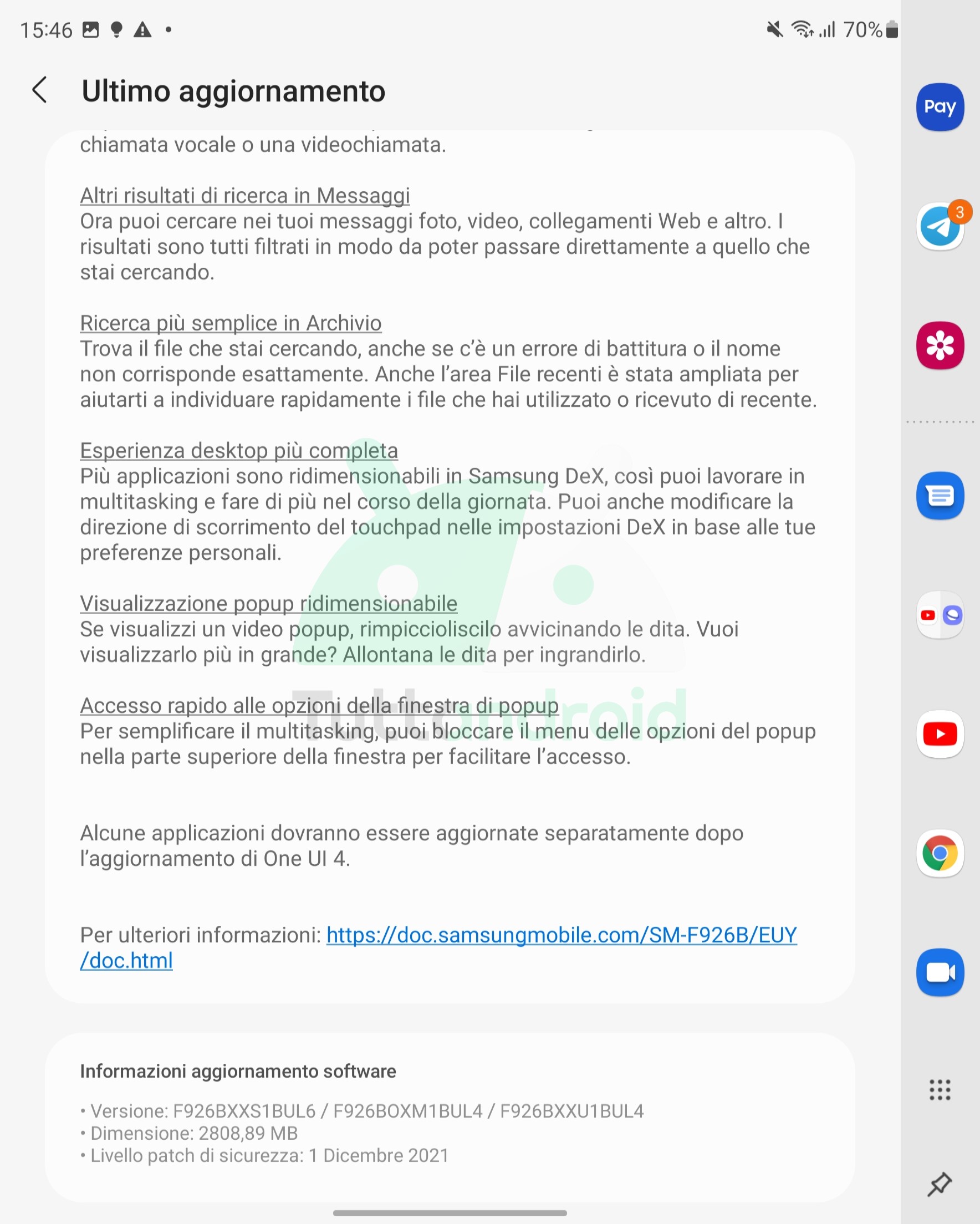 Android 12 then arrives on the mid-range with Samsung Galaxy A72 starting from Russia: firmware is being distributed A725FXXU4BULA which includes the security patches of December 2021. In Europe, the One UI 4.0 based on the latest distribution of the robot also lands on Samsung Galaxy Note 10 Lite: the firmware is in this case the N770FXXU8FUL7 and even integrates the security patches of January 2022.

On all four Samsung smartphones there are obviously many Announcements and changes, such as the revamped user interface, additional customization possibilities, privacy features (Privacy Dashboard and indicators for microphone and camera use) and so on.

Unfortunately still no Android 12 instead for Samsung Galaxy Note 10 And Notes 10+, which with the rollout update must be satisfied with the security patches of December 2021. It is the firmware N97 * FXXS7FUL2, which require a download of about 170 MB and do not seem to bring further news in terms of functions.

The One UI 4.0 is still on its way and could debut on the two smartphones from one day to the next.

Google Pixel 3 is not yet “dead”: the smartphone is in fact receiving a new one software update which solves a problem that could be quite serious. It seems that with some third-party apps installed a bug gave some problems with emergency calls.

Google plans to release a further software update within the first quarter of 2022 to fix some Android 12 bugs.

OnePlus Nord 2 5G it is still updated after a few days, after having received the patches of December 2021. This is update A.16 and includes a small fix for the Indian market, relating to recording calls with the Google Telephone app. For the rest there seems to be no further news.

We close the roundup of updates with Motorola Moto Edge X30, the first smartphone on the market with Snapdragon 8 Gen 1. The update is being distributed SOSC32.16-49-4 starting from China, with a weight of about 236 MB.

The news includes the security patches of January 2022, some optimizations for the Qualcomm SoC, various refinements, renewed first party apps and some bugfixes here and there.

Don’t worry if you don’t detect new updates right away – it might take a few hours or days to go.