The benchmark platform AnTuTu has just published the rankings of the best performing Android smartphones for the month of January 2022.

As for the flagship smartphones, the ranking was influenced by the debut of Qualcomm’s Snapdragon 8 Gen 1 SoC which upset the list compared to previous months, unlike the ranking of mid-range smartphones which remains practically unchanged compared to that of December 2021.

The top ten is completed by smartphones with the Snapdragon 888+ SoC that slide to the last three places with Black Shark 4S Pro, Red Magic 6S Pro and iQOO 8 Pro.

As in December, almost all mid-range smartphones in the rankings adopt Qualcomm’s Snapdragon 778G SoC, with only one model equipped with the Dimensity 900 chipset. 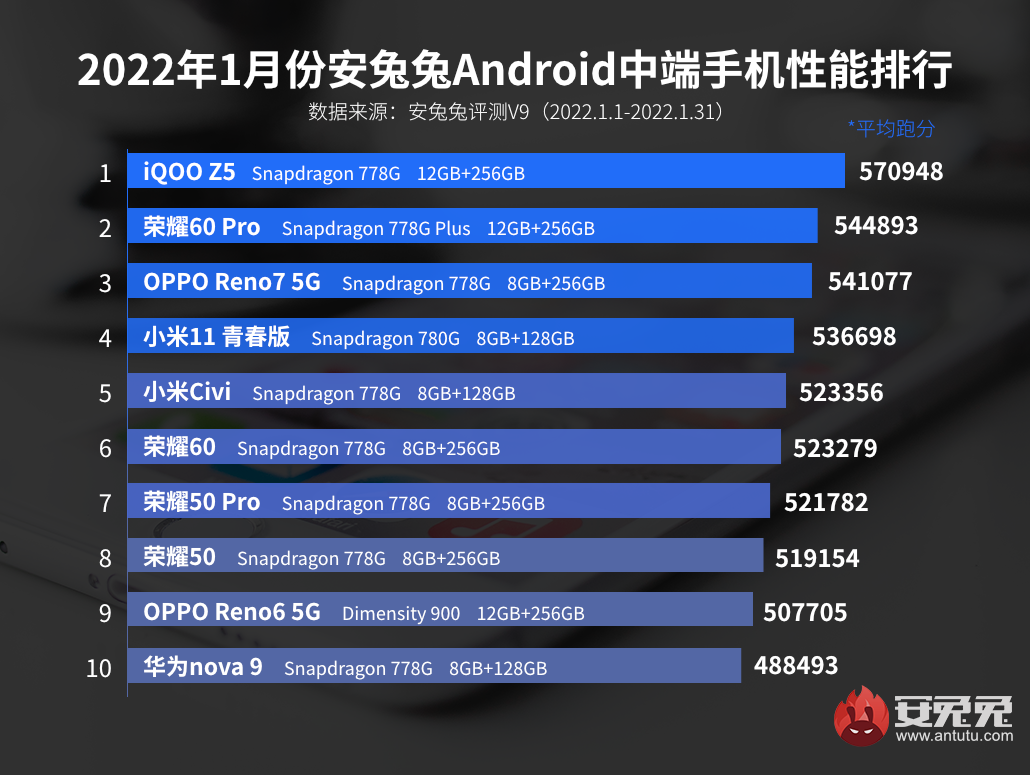 This ranking is not expected to show any major changes until new mid-range chips are introduced to the market.

Read also: Best Android smartphones: the ranking of the month