Yesterday Samsung has finally presented the Samsung Galaxy S22 series, consisting of three smartphones that have already won over many enthusiasts and convinced insiders for the features they can rely on and for the top-of-the-range hardware equipment.

Samsung has announced it is working with Snapchat, TikTok And Instagram to make the advanced camera features of Samsung Galaxy S22 available directly within these apps.

These features also include the night modewhich is one of the most popular and expensive in terms of processing and the ability to shoot with the zoomthus exploiting the potential of the telephoto lens.

As for the movies, users will be able to capture video in portrait mode (which uses an object recognition system to blur the background and make the subject stand out) and will be able to rely on features such as autofocus while recording, the digital image stabilization And Super HDR video (allows you to capture more details when there is a strong contrast of light).

Enhance integration with Your Phone on Windows

The Korean giant also has other news for its users (not only for those who buy one of the models of the Samsung Galaxy S22 series): with a future update, in fact, Samsung will include in the app Your phone on Windows 10 And Windows 11 the ability to view recent smartphone applications on the PC.

Users will see a Your Phone icon in the notification area that will allow you to see the recently opened apps on your phone and, thanks to it, you will be able to quickly resume something you were doing on your smartphone and continue it on your computer.

And still speaking of Samsung, according to what is learned thanks to the database of the Korean Patent Office, the manufacturer is developing a technology for wireless charging by virtue of which, thanks to a special 360 ° wireless power transmitter, it will be possible to recharge all devices positioned within a certain range of action. 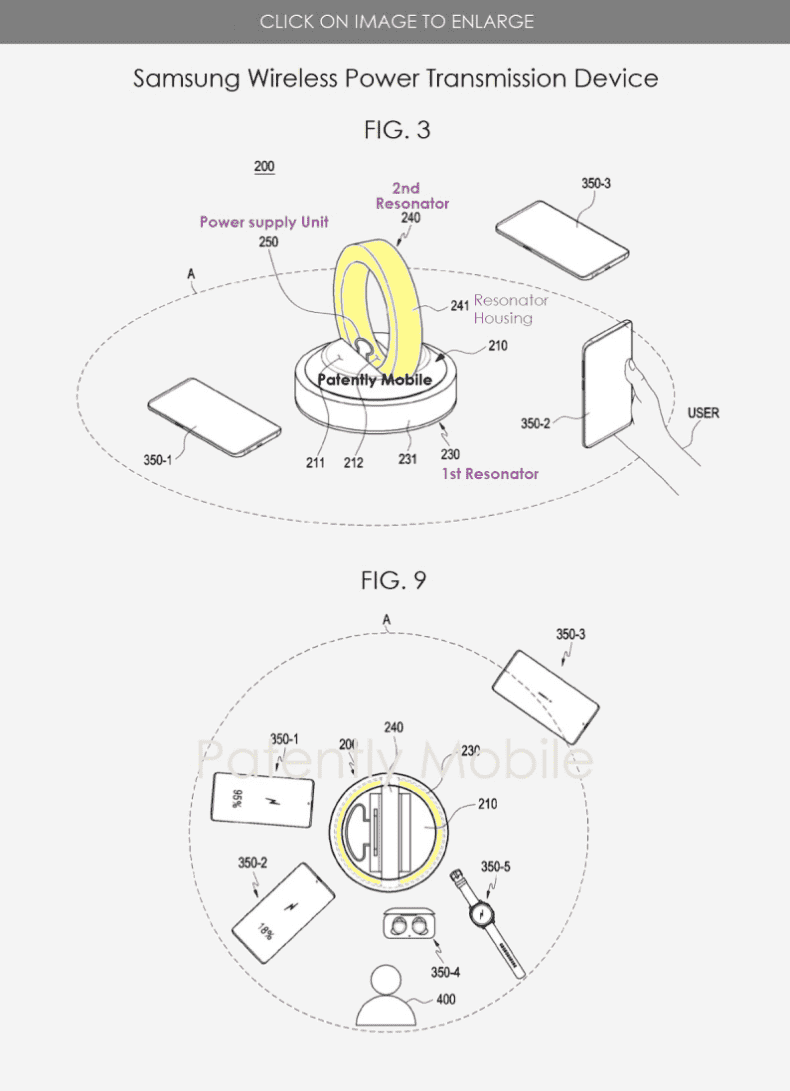 It seems that the solution studied by Samsung is capable of recharge up to three devices at the same time between smartphones, earphones, smartwatches, etc.

It remains to be understood how long it will take for this patent to be transformed into a product intended for marketing, especially if we consider that this recharging system will have to obtain the ok from the various authorities that regulate the market, as there may be health risks related to the ’emission of electric charges. We’ll see.