Realme 9 Pro and Pro + arrive in Italy, going straight to the middle range of the market. However, realme’s strategy remains unchanged: the price is mid-range but the technical characteristics are similar to those of a flagship, starting with the Sony IMX766 sensor with optical stabilization that we find on realme 9 Pro +.

Let’s start from the photographic sector of the older brother who, as anticipated, uses the 50 megapixel IMX766 sensor and 1 / 1.56 inches from Sony, one of the largest in the category.
Alongside it we find optical stabilization for photos and electronic stabilization for videos, designed to compensate for involuntary hand movements and offer greater clarity and sharpness.
The AI ​​Nose Reduction Engine 3.0 instead takes care of reducing noise quickly and precisely, using deep learning.
The result? Photos improved in both optimal light and dark conditions.
The photographic sector is completed by the 8 megapixel ultra-wide angle sensor and the 2 megapixel macro lens while the front camera is 16 megapixel.

To characterize realme 9 Pro + we also think about the processor MediaTek Dimensity 920 5G, accompanied by 6 or 8 GB of RAM and 128 or 256 GB of internal memory.
The display is 6.4-inch Super AMOLED with an update rate of 90 Hz and FullHD + resolution, the battery is from 4,500 mAh with 60W SuperDart charging and the operating system is realme UI 3.0, based on Android 12.

We conclude with the design, with both models designed by realme Design Studio that give a chameleotic effect, with all three colors capable of change hue when subjected to sunlight or ultraviolet rays.

Realme 9 Pro loses the Sony IMX766 sensor but rest assured, we still have on board a 64 megapixel main camera, always flanked by the 8 megapixel ultra-wide angle, the 2 megapixel macro lens and the 16 megapixel selfie camera.

One more thing… Realme 9i

We expected two smartphones but in reality realme presented three. The last one is realme 9i, with the processor Qualcomm Snapdragon 680 at 6nm, a ultra-smooth 90Hz display and support for DRE (Dynamic RAM Expansion) technology, capable of converting internal memory into virtual memory, allowing up to 11 GB of RAM to be reached. 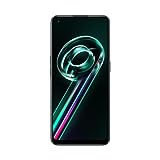