Just a few days ago we told you that theiPhone 15 Pro would be Apple’s first smartphone with the Face ID in-display. Now, however, an industry expert has revealed that this will not be the case. Apparently, in fact, this update could arrive with the future iPhone 16 series, and not before.

iPhone 16, the first series on which the in-display Face ID will debut

Orama has been circulating on the Net for quite some time about Apple’s plans to remove the notch and any cutouts on the display. And everything would seem to confirm this. Already with the iPhone 13, for example, the company has reduced the size of the notch by 20%. And we expect some further improvements especially for the Pro models of the future iPhone 14 series. As for the next series, yesterday the portal The Elec reported that the iPhone 15 Pro could be the first with the Face ID below the display. Yet analyst Ross Young doesn’t seem to agree. Such a change will be possible not before the launch of the iPhone 16. Or in 2024.

In the meantime, Apple could begin work on the launch of its first foldable smartphone, so as to compete with the sales of the Samsung Galaxy Z Fold And Galaxy Z Flip. On the other hand, the Cupertino company has remained far behind in the sector, not having an effective proposal on the market yet. Apparently, however, it is working to make its foldable display really perfect, so as to meet the standards expected by users. In any case, we hope that Apple will release one of the two novelties as soon as possible. But it seems that for the in-display Face ID we will really have to wait for the iPhone 16. 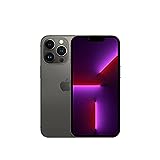