Apple has made official its next long-awaited event, which will be held on8th of March at 19:00 Italian time and will mark the company’s start of the year from an announcement standpoint. During the appointment, which has been rumored for a few weeks, several products will be presented: here’s everything we know and what to expect from the Apple event on March 8.

What will Apple present at the March 8 event?

Apple, in recent years, has marked events fairly regularly over the 12 months. While the autumn months are dedicated to the release of the new iPhones, in March or April the company usually introduces new iPads, new Macs – sometimes – and some minor products like like the purple iPhone 12 in 2021 and the iPhone SE 2 in 2020. But what should we expect from the next event to be held in a few days?

According to rumors that have been circulating for weeks, Apple is expected to announce the new one iPhone SE 3. Belonging to the cheaper iPhone range, the third generation iPhone SE is expected to keep the same price as the 2 presented in 2020 so 499 euros. Apple analyst Ming-Chi Kuo said he will have the same design but with two major updates: 5G and an improved processor.

In fact, the screen should remain 4.7 ”and should keep the home button with the Touch ID for unlocking, but the processor will be a A15 and will support the 5G millimeter and sub-6GHz. Memory cuts should be three – 64, 128 and 256GB – as well as colors: white, black and the iconic red. According to the latest rumors, it seems that mass production will take place during this month, so the actual availability date could be moved a few weeks.

Sometimes when Apple releases a new product the price of the previous generation drops, as happened with the Apple Watch Series 3. Bloomberg’s Mark Gurman suggests that Apple could lower the price of the iPhone SE 2 100 dollars: it would be perfect for those who want to take home an iPhone with a smaller budget than the top of the range. 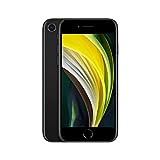 It’s not an Apple spring event without it a new iPad and, according to rumors, a new one could be released 5th generation iPad Air. This would include a processor A15four speakers and functionality 5G; a camera equipped with wide angle and ultra wide angle lenses like on iPhone 13 and support for recording video in 1080p at 25 and 30 frames per second. Unfortunately, many sources claim that there will not be a LiDAR scanner like on the iPad Pro.

The spotlight for the Apple event on March 8 is also on new Macs. During this year, as Mark Gurman said in his newsletter, we can expect seven new Macs with Apple Silicon. It seems that at the next event the company may present a new one High-end Mac mini which will include the same processor as current MacBook Pros, then M1 Pro and M1 Max. Other very likely features of the new Mac mini would be up to 64GB of RAM, 4 Thunderbolt ports, and a new, more reflective design with a plexiglass top.

Later this year we will also see a new redesigned MacBook Air, probably equipped with M2 chip, given that the range has not been updated since 2020. However, it is unlikely that it will be presented already at the Apple event on Tuesday, we remain hopeful. The new design looks like it will be inspired by the 24-inch iMacs, with white frames and a variety of colors.

Even the new line of MacBook Pro with M2 it will most likely be presented below. It will join the existing line of laptops unveiled in 2021 and replace the 13 ”Pro with M1 chip unveiled in 2020. It will not include the Touch Bar, miniLED display or ProMotion technology like other MacBooks, however.

Then there remains the unknown of 27-inch iMac: Many users are hoping that Apple will present them at the event on March 8. In fact, last year the company, in the spring event, presented the new colored 24-inch iMacs and the 27-inch equivalent has yet to go to Apple Silicon. The rumors speak of a miniLED display with ProMotion technology, M1 Pro and M1 Max chips just like the 2021 MacBook Pro.

Apple is also reportedly working on a new version of the Mac Pro, but at this point it’s unclear whether these high-end machines will be announced now or later. 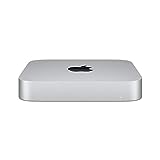 As anticipated, Apple will hold its spring event on March 8 at 10am PT, then at 19:00 Italian time. As in the past two years, the event – called Peek Performance – will be held virtually and broadcast from Apple Park in Cupertino, California.

The live streaming will be visible for free by all through the Apple’s website, on the company’s official YouTube channel and via the Apple TV app.