Google is committed to improving the experience of using tablets and foldables, practically smartphones with a larger screen or with the ability to take various forms; in short, not traditional smartphones. And that’s why the Android OS must be able to adapt to these formats to ensure a better user experience for watching a movie, replying to emails or video chats, or whatever. On tablets, the Android team has already introduced Kids Space in 2020 And Entertainment Space in 2022 to allow the whole family to watch content and highlight apps to stay connected, enjoyable and productive. And on the folds, Google worked closely with Samsung to optimize the interface of the devices Galaxy Z Fold3 5G And Galaxy Z Flip3 5G. It is now official Android 12L, an update based on Android 12 with features designed to make tablets and foldables simpler and easier to use. The main news was presented by Andrei Popescu, VP of Engineering of Android, in a post on the Google blog.

The larger the screen, the more space available to display information. For this, Android 12L offers a new layout for easier viewing of contents, so that they look even better on tablets and folding screens especially on the home screen, lock screen, notification area, configuration screens of the device, settings and other system sections. This optimization is also the result of feedback from Android users: after learning that the most common reason to swipe down to open the notification panel is to check and clear notifications, Android 12L now features notifications and quick action tiles in separate columns, so as to “give you more space to view and scroll away notifications” as Popescu said. 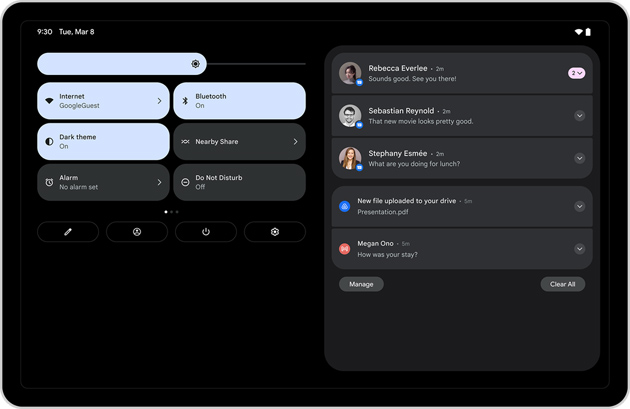 Android 12L presents a new two-column layout, to view more information. This is visible both when setting up a new device and when entering Settings to make changes to features, without having to constantly enter and exit each section. For example, to change the background of the device you can open Settings on the tablet, then select “Wallpaper” on the navigation menu contained in the column on the left side of the screen and make your choice with the options shown in the column on the other side of the screen, all in one view. It is very convenient, because it allows you to select the buttons easily by holding, for example, the tablet with two hands. 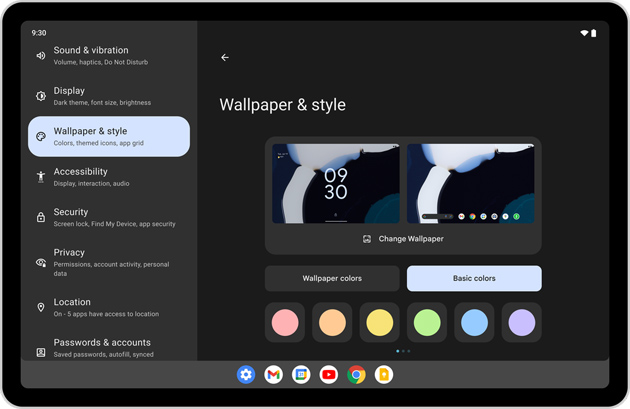 Additionally, Android 12L features a new taskbar, displayed in the center at the bottom of the screen, designed to help multitaskers launch and switch between apps quickly. There is also the option to drag and drop any app from the taskbar to enter split screen mode so you can do two things at the same time. For example, you can watch a YouTube video while browsing news on a website in your browser.

Google plans to bring Andorid 12L to Samsung, Lenovo and Microsoft tablets and foldables later this year via software update. However, a preview of 12L is already available: on Samsung’s most recent tablets, even if with Android 11, the two-column layout is already available. Google has confirmed that Android 13 will soon arrive on devices with larger screens, so we can consider Android 12L as a ‘middle ground’ between Android 12 and Android 13. 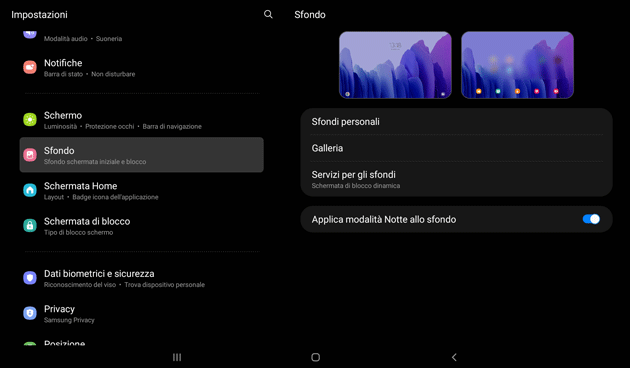