In the past few hours, the team of Facebook Messenger announced the introduction of some news designed to make communications are increasingly secure of those who choose this popular messaging service to keep in touch with friends, family and colleagues.

The goal of the developers is to find solutions that are able to protect users from the constant increase in the dangers generated by cybercrime and thus be able to rely on a reliable and private service.

There are several innovations introduced in this instant messaging service, starting from a system of cryptography end-to-end for group chatsincluding voice and video calls.

Another novelty just introduced concerns the messages that disappear: in the event that the recipient of one of these messages should take a screenshotthe application will immediately inform the sender through a specific notification.

Among the other news reported by the Facebook Messenger team are GIFs and stickers available for a more feature-rich chat experience in encrypted chats end-to-end and the ability to exploit the reactions to better express your feelings (just touch and hold on a message to bring up the relative bar and choose the one you prefer).

It also improves the system for replying within encrypted chats: with a long press on a message, the latter will be included in the reply while it will be possible to reply simply by swiping on the desired message.

The chats are also introduced typing indicatorsso users can see when others are typing. 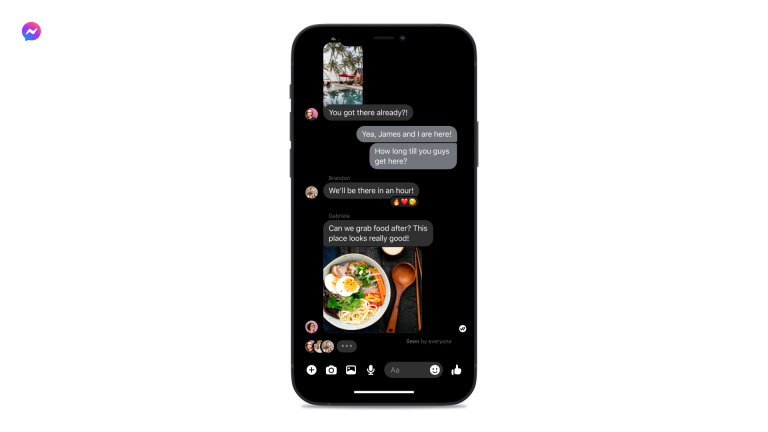 Finally, among the other innovations announced there are the possibility of forwarding a message by keeping pressed for a long time on it, verified badges for encrypted chats, the ability to save a video or image by long-pressing on a received multimedia content and the ability to edit a photo or video taken from your gallery before sending it. 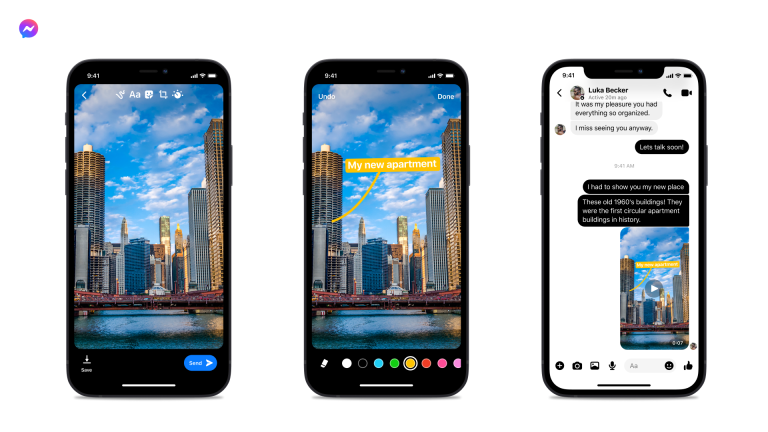 These new features should be available to all users within a few days. In the meantime, you can download the latest version of Facebook Messenger for Android from the Google Play Store: