L‘Europe unveiled the DMA (Digital Market Act): a number of new ones antitrust regulations who want to balance the technology market, limiting the excessive power of “Big Tech”. The companies, especially American, that dominate some key markets: social networks, mobile operating systems, messaging. From the “Right to uninstall” until to restrictions in the app stores, the legislative framework appears to be impressive. And it could become operational as early as October.

The Digital Markets Act (DMA) announced today by the European Union has only one stated goal: freedom of choice on the part of consumers. Something essential for the market economy, which the new antitrust laws would like to guarantee in various branches of the digital market.

Today’s announcements, for example, focus attention on messaging apps like WhatsApp, Facebook Messenger, iMessage and others. Europe wants to ask Big Tech to “Open and dialogue with the platforms of smaller messagingif they require it “. In essence, it requires there to be more choice in how to send a message, without worrying about the receiving platform. Something that seems to address the adoption of iMessage RCS directly.

But the regulations have a broad scope. For example they talk about the possibility of users of “Freely choose your own browserthe virtual assistants ei search engine“.

In a conference held this morning, the Commissioner for Competition Margrethe Vestager he explained that the language in the rules must first be finalized and then approved by the Parliament and the European Council. According to the parliamentarian, the DMA is expected to pass in October.

But in all likelihood there will be time for platform owners to comply with the new rules, from three months to four years depending on the complexity of the adjustment operation.

Europe against Big Tech, who are the ‘gatekeepers’ for the new antitrust laws

The DMA will also give new rules to companies recognized as’gatekeepers‘. A term difficult to translate directly, which literally indicates the guards at the entrance to a market who leave the competition out. These companies have:

Among these companies there are undoubtedly the Silicon Valley giants such as Google, Microsoft, Meta, Amazon and Apple. But also smaller but dominant companies in tech niche markets such as Booking.com.

If the ‘gatekeepers’ don’t follow the rules, “The Commission can impose fines of up to 10% of the overall revenues of the previous fiscal year and up to 20% for repeated offenses. In case of systematic infringements, the Commission could ban them from acquiring them from other companies for a certain period of time ”.

The values ​​required of the technology companies

The DMA covers several aspects of antistrust laws, which have also been the subject of conflict in the past between Europe and Big Tech. But they are based on some values ​​that we could summarize in:

All these values ​​have already been noted in several specific cases. But companies often preferred to simply pay the fines rather than make structural changes, because the fines were small compared to the possible economic loss. A few million dollars is not a problem, but 10 or 20% of the proceeds companies like Apple or Google could become the heaviest fines in history.

Some American Senators have already written to President Biden complaining that most of these ‘gatekeepers‘are American companies. And the text seems to actually be written as a response to Big Tech of Silicon Valley. But at the moment it seems that the legislation can continue until the votes in Parliament.

However, there will certainly be several discussions regarding these norms, which we will not fail to report to you. We keep you updated. 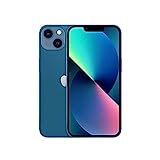