“We always pursue the principle of simplicity in product research and development. Our studies have shown that for older people, ease of use is the most important feature in a phone or tablet “, said Eveline Pupeter, owner and CEO of emporia Telecom.

According to data reported by emporia, about 50 million senior citizens in the European Union are not digitized, who do not own a smartphone or a computer. In this way, they do not have the possibility to directly access online banking, digital platforms and services, they cannot book a hotel or buy a ticket online on their own. “For many daily errands, a smartphone is now necessary. This is why we believe it is also a social duty to help the elderly to enter the digital world” said Mauro Invernizzi, CEO of emporia Telecom Italia, who in a separate statement also said. “Smart solutions are striking for their simplicity. The emporia’s research and development team has shown once again that high technical standards and ease of use are not a contradiction, but can coexist bringing great benefit to our users. “

The smartphone emporia TOUCHsmart.2 comes with a clamshell design, with a small 1.54-inch display (240×240 pixels) on the outside that allows you to read the time and other information without having to open it, while on the inside it has a 3.25-inch display (480×854 pixel). When opened, the phone displays its physical keyboard with quick dial key, useful for being able to directly start a favorite messaging app (which could be WhatsApp, Signal or Telegram) to get in direct contact with loved ones. Also present LED flashlightalarm clock with snooze function, radio, calendar, button to initiate an emergency call, the IP54 protection against dust and splashes and the compatibility with M4 / T4 hearing aidsas well as automatic call acceptance when the phone is opened.

emporia TOUCHsmart.2 is powered by a 1400mAh battery with autonomy estimated at up to 200 hours in standby and up to 450 minutes in conversation. For charging, there is a socket with standard USB Type-C (so it is no longer necessary to check the direction of the cable). There are also 2 cameras – one rear 8MP and one front 2MP – and connectivity is complete with VoLTE technology (Voice over LTE). For the memories, the RAM amounts to 1GB while the ROM to 8GB, with expandable storage with an external microSD card up to an additional 64GB.

Emporia offers the TOUCHsmart.2 telephone in Italy at the best electronics stores and telephony operators at the recommended retail price of 129.90 euros. Inside the sales package there are, in addition to the emporia TOUCHsmart.2 phone, an additional cover that hides the emergency call button, USB-C cable with power plug, charging base, earphones, instructions for use and a training book on messaging applications dedicated to all emporia users approaching technology for the first time. 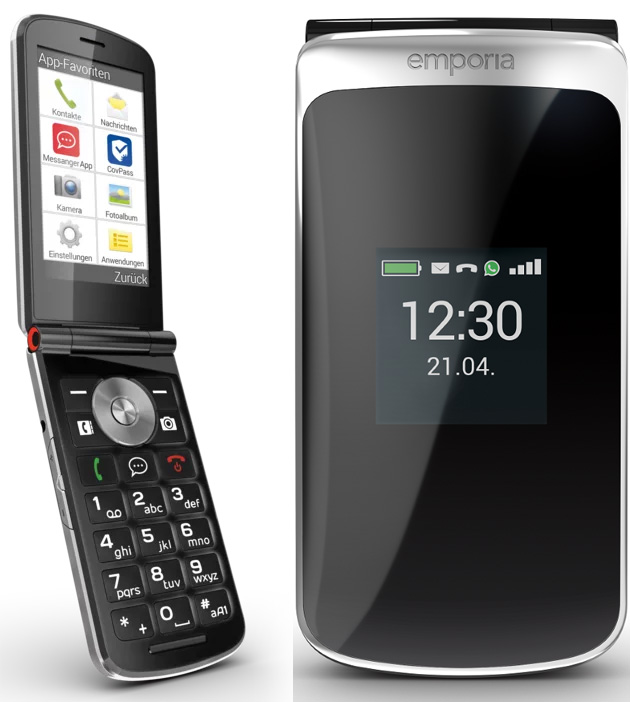 Both of the two new products SUPEReasy And JOY-LTE of emporia were presented by the brand on the international market on the occasion of MWC 2022, respectively a smartphone and a telephone with a physical keyboard. The company said they designed them in response to the fear older people usually have of making a mistake in using or breaking something, such as a telephone. And like all the brand’s products, SUPEReasy and JOY-LTE are also designed with senior customers in mind and supplied with complete instruction manuals in paper form and training courses designed specifically for this target group. .

emporiaSUPEReasy is a smartphone with a smart button designed to be easy to use, the philosophy with which emporia has been making its products for over 30 years. For this, the device is equipped with two buttons integrated in the lower part of the display: Green to accept calls, Red to end calls. “If seniors want a smartphone with buttons, we create a smartphone with buttons. It’s easy and efficient. “, said Eveline Pupeter. In addition, SUPEReasy by emporia has three icons positioned above the screen with the photos of the most important contacts: just press the desired photo to establish contact. Everything else, for example all the pre-installed apps, can be found in alphabetical order on the second screen, just a simple swipe.

“The new smartphone from emporia [SUPEReasy ] is designed to accompany seniors into the digital world in a simple and safe way. At the same time, however, many seniors still want to use a classic button cell phone. And then there are also those seniors who want to use both and, therefore, smartphones with keys or mobile phones with keyboard and touch. We at emporia are able to satisfy all these wishes ” explains Eveline Pupeter.

emporiaJOY-LTE is a flip phone made primarily for making calls, but in high quality thanks to support for 4G VoLTE technology. This device also comes with extra-large illuminated keys, embossed and with a specially designed pressure point. In addition, there are three speed dial keys for quick connection to the most important contacts. Font size can be adjusted to personal preference on the large screen for easy-to-read text, and the user interface is designed to reproduce contrasts that don’t interfere with any nearsightedness or other old age-related vision problems. emporiaJOY-LTE is IP54 certified (dust and liquid proof), supports hearing aids (M4 / T4) and integrates a patented emergency call button on the back that can be easily pressed by the senior in case of falls or other critical issues .

EmporiaJOY-LTE and Emporia SUPEReasy will be available from the next few weeks on the Italian market at the recommended retail price of 99.90 euros and 229.90 euros respectively. 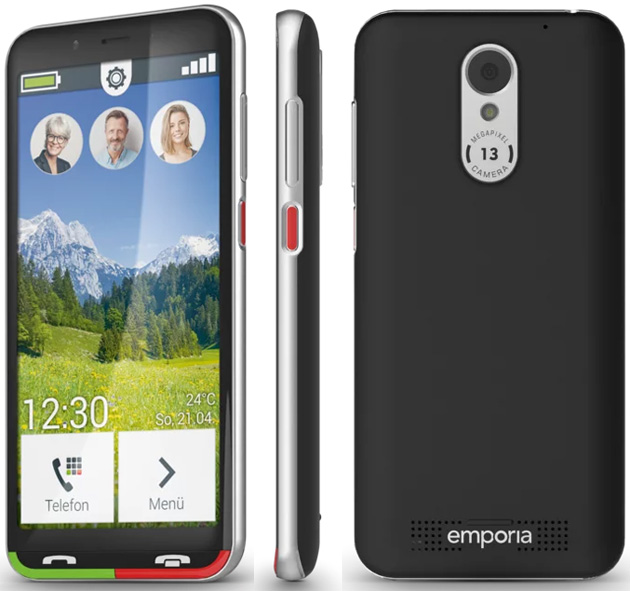