Almost six years ago or so, in March 2016, Apple introduced the smartphone iPhone SE, a smaller version of the top-of-the-range iPhone 6s at the time with its 4-inch screen but equally powerful thanks to the Apple A9 processor. The iPhone SE was also the cheapest iPhone ever sold by Apple, thanks to prices starting at $ 399. In 2020 the second generation of iPhone SEwhile this year during the event ‘Peek Performance‘that Apple held on March 8, 2022, the third generation of iPhone SE was presented: Apple calls the device the “new iPhone SE” but, in order not to confuse it with the previous models, we will call it by the name of iPhone SE 2022. This comes with Apple A15 Bionic processor (the same that powers the iPhone 13 range), 4.7-inch HD display, IP67 water resistance, physical Home button with TouchID and 5G: it is the first iPhone SE with integrated 5G connectivity. Apple promises greater autonomy, and offers it in three color variants: midnight, starlight, and (PRODUCT) RED from Friday 11 March (with shipments from 18 March) with prices from 529 euros in Italy.

“IPhone SE has been an incredibly popular choice with our existing users and new iPhone customers, thanks to its iconic design, exceptional performance and affordable price. This year we made the most powerful and durable iPhone SE ever, with better battery life thanks to A15 Bionic, the same chip in our iPhone 13 range that also unlocks advanced camera features like Smart HDR 4, Photo Styles and Deep Fusion, ” said Kaiann Drance, Apple’s vice president of Worldwide iPhone Product Marketing. “And with 5G, iPhone SE offers users faster downloads and uploads, higher quality video streaming, real-time interactivity in apps, and more. Providing the latest generation of technology and performance at this price point is something only Apple can do. ” 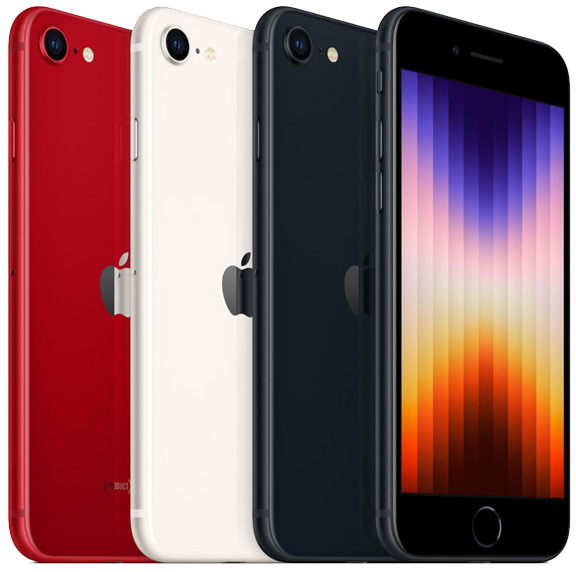 iPhone SE 2022 is powered by the A15 Bionic chipset – the same one that powers iPhone 13 – with 6-core CPU, including two high-performance cores and four high-efficiency cores. According to Apple, iPhone SE 2022 is up to 1.8 times faster than iPhone 8 and even faster than previous models. Present on 16-core Neural Enginecapable of performing 15,800 billion operations per second and enabling faster machine learning calculations in third-party apps and powering functions such as Active text in the Camera app with iOS 15 and the on-device dictation. Apple promises one longer battery life on the iPhone SE 2022 compared to the previous generation and older 4.7 “iPhone models, despite the compact design and the addition of 5G – all thanks to the work the A15 Bionic chip does in conjunction with the iOS 15 operating system. The lithium-ion battery, according to Apple tests, can last up to 15 hours of video playback (local), up to 10 hours of video playback (streaming), up to 50 hours of audio playback. support for fast charging (up to 50% charge in 30 minutes with 20W or higher power supply – sold separately) and for the wireless charging (with Qi chargers) as well as for traditional charging via computer via USB or via power supply.

The photographic compartment of the iPhone SE 2022 has, on the back, a 12MP wide angle lens with F1.8 aperturewhile on the front there is a 7MP lens. Thanks to the presence of the A15 Bionic chip, the phone supports (with both lenses) computational photography functions, including Smart HDR 4 for photos, Photo Styles, Deep Fusion and Portrait mode with advanced bokeh effect and Depth Control. Introduced with iPhone 13 Pro and iPhone 13technology Smart HDR 4 it uses intelligent segmentation to apply the right color, contrast and digital noise adjustments to the subjects against the background to allow the correct exposure of faces even in the most difficult lighting conditions. The Photographic styles allow you to apply your own photographic preferences to each image while still benefiting from Apple’s multi-frame processing. Custom presets and preferences act on scenes and subjects and, unlike a simple filter, intelligently apply the right adjustments to different parts of the photo to preserve the most important elements of the shot, such as different skin tones. Deep Fusion uses machine learning algorithms to process photos pixel by pixel and optimize texture, detail and digital noise in every part of the photo. The ISP processor of the A15 Bionic chip can enhance videos by reducing digital noise (especially when there is little light), with better white balance and a more realistic rendering of skin tones.

The rear camera on the iPhone SE 2022 also offers digital zoom up to 5x, optical image stabilization, sapphire crystal coated six-element lens, True Tone LED flash with Slow Sync, Panorama mode (up to 63MP), autofocus with Focus Pixels, advanced red-eye correction, automatic image stabilization, burst mode, photo geotagging. The image formats that can be captured are HEIF and JPEG. With the rear lens you can record videos in 4K (at 24/25/30/60 fps), in FHD 1080p (at 25/30/60 fps) and in HD 720p at (30 fps), with extended dynamic range for videos up to 30 fps and with optical image stabilization. The zoom in videos is digitally available up to 3x. You can also capture slow-motion (1080p) video at 120 fps or 240 fps, and in Time-lapse with stabilization and in Night mode. Videos can count on continuous autofocus and cinema-quality stabilization (4K, 1080p and 720p). iPhone SE 2022 supports zoom during video playback and allows you to take 8MP photos while filming in 4K. Recordable video formats are HEVC and H.264 with stereo audio.

IPhone SE 2022 debuts on the market with pre-installed iOS 15introduced by Apple last fall to improve FaceTime calls thanks to spatial audio and the new Portrait mode, allow you to share experiences with friends and family during a FaceTime call via SharePlay, help reduce distractions with the Full Immersion function; and then the notifications were redesigned, while the new function Active text uses on-device intelligence to recognize text in photos and allow you to use it. The Maps app on iOS 15 offers new ways to orient yourself and explore the world, thanks to the experience of three-dimensional driving in cities And to pedestrian signs in augmented reality (the availability of new maps may vary according to the geographical area); The Weather app has been redesigned with full-screen maps and new data display modes, Wallet now supports house keys and identity documents (availability varies by country), and the privacy controls in Siri, Mail, and other areas of the system further protect personal information.

Regarding prices and availability, iPhone SE is offered in models from 64GB, 128GB And 256GBin colors midnight, galaxy And (PRODUCT) REDstarting from 529 euros in Italy, from $ 429 in the United States. In Australia, Canada, China, France, Germany, India, Italy, Japan, the United Kingdom, the United States and more than 30 other countries, iPhone SE 2022 can be pre-ordered starting at 05:00 (PDT) on Friday 11 March (from 2 pm Italian time), with availability starting from Friday 18 March. In Italy, Apple allows you to buy iPhone SE 2022 by paying 22.04 euros per month before the trade-in on apple.com/it/store, through the Apple Store app and at Apple Stores. Inside the sales package of the iPhone SE 2022 are the smartphone with iOS 15, a USB-C to Lightning cable and the official documentation – no charger.