Towards the Night of the Oscars 2022, to be held on the night of Sunday 27 March, with Fire TV Stick 4K Max.
A unique cinematic experience, with which to enjoy some of the nominated films directly from the sofa at home

With Fire TV Stick 4K Max it will be like being in the cinema: just one click, or by asking directly to Alexayou will be able to access OTT as Prime Video, Netflix and Disney +to find some of the titles that this year will compete for the famous golden statuette.

Here are 12 candidate films that we can watch thanks to the Fire TV Stick 4K Max:

“Alexa, do you like the Oscars?” or “Alexa, can you tell me a curiosity about the Oscars?”these could become two cult phrases of your weekend approaching the magical Oscar Night. 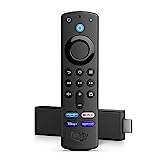